March 20, 2019
Playing Pubg from a while or just started playing it. You might come across a gun which would look like Red 7.62 mm Pistol (Kancha) and have only one ammo loaded in it.

That gun is called a Flare Gun.

The rarest gun in Pubg to be found.

Basically, with the help of flare gun, you can send a signal to the airplane to drop crate at that given location with more intense and rare level loots.

Pubg Flare Gun contains double the times of loots than any ordinary airdrop.

If you pick it up, it will be added to the pistol slot in the game and you can only pick up one flare gun but you can pick multiple ammo of it.

If you fire the flare gun in the white boundary (play zone), you will get a drop with high-level loots.

But if you fire the flare gun in the air outside the play zone, you will get UAZ vehicle.

UAZ vehicle is a defensive vehicle whose windows are covered with grills to protect you. However, it does not protect all the time.

And also another disadvantage is that you cannot peek from window to fire at your enemies.

But really speaking it is of no use.

Why do you want a vehicle rather than loot drop containing rare and intense loot?

Noone will prefer it in comparison with flare drop loot.

What should we do if we find Flare Gun?.


1. First, reload the Flare Gun and collect the ammo if you find flare gun in the enemies crate.

2. Go in the areas of the Safe Zone where lots of hiding spots are available.

Like if you are playing Erangel and zone comes near military base then you should go to the 3 C-type building.

3. Inspect the area carefully whether enemies are hiding at the location. It is better not to take the fight in the areas where there are lots of enemies.

4. Once, you find the safe area fire the flare gun at 90 degrees above your head.

If you fire the flare gun at an angle rather than 90 degrees, your drop will be placed at some other location.

5. Once, Flare Gun drop gets landed on the ground, throw smoke grenades 2-3 at the drop and then loot the kinds of stuff.

The reason I am saying this is because it is possible that enemies might snipe you from far.

6. Move away from the drop when your loots get over as fast as possible because there might be a great chance that enemies will come to snipe you.


How to recognize and distinguish between Flare Gun drop and other ordinary drop crates?.


1. Flare Gun Drop comes with 3 parachutes attached with it.

4. A mark of red color comes to recognize that the drop which will be coming is a flare gun drop


As Pubg Flare Gun is rare to find. It is only available in some few locations on the map.

The location which is listed below have a huge chance of finding PUBG flare gun and not only one flare gun is found, you will find more than 2 flare gun.

It was bad luck that I did not record it as proof but I had found all 5 flare guns in the same place.


Georgopol is located at the top left side of the erangel map near ruins and hospital.

In Georgopol, you will always find a flare gun near the tower side container location.

It is possible that more than 2 flare gun will be found near it.

But always backup yourself as most of the player goes to Georgopol location as it is one of the best locations for loots.


Novapol is located at bottom right corner in the map near the military base. Novapool location is as similar than Georgopol as there is also container over there.

Novapol is one of the finest places to loot and to visit as most of the case enemies camp in it.

You can find PUBG flare gun over there easily.


The military base is located at the middle bottom of the erangel map with most significant loots.

But always be prepared for a fight as most of the enemies prefer military base to land as it is loaded with amazing loot stuff.


School is located at the middle of the Erangel map. As there are few apartments and the main building, there are more chances that you will find a flare gun fast.

But some of the time, you will not find any flare gun near it.

Try that your friend or you must carry a sniper with a decent scope to snipe enemies in the building.


Zharki is situated at the top left corner in the Erangel map. Although there are plenty of houses in it, there is less chance you will find multiple flare guns.

But you will find one flare gun near it.

As it is located at the top left corner, there are fewer chances that you will find enemies near it.


As Sanhok is a small map, there are fewer chances you will flare gun in it.

But you can still find flare gun in it.


Bootcamp have a huge chance that you will find a flare gun.

As it is located at the middle of the Sanhok Map, it is one of the most favorable locations for all players and minimum 4 squad land on Bootcamp.

It will be difficult to survive over there but if you survived then you will definitely find flare gun and most of the cases, final zone lies near it.


Paradise Resort is situated at the middle right corner of the Sanhok map. With a most decent amount of loots, paradise resort is loaded with a lot of kinds of pieces of stuff.

There is a huge chance that you will find a flare gun.

Be prepared when landing on Paradise Resort because most of the enemies land there for loots and killing enemies.


Pecado gym is located at the bottom middle of the Miramar map loaded with intense loots and there are high chances that you will find flare gun near it.

But you will have to be prepared as situated in the middle with intense loots, most of the enemies land there to loot.


Loaded with most loots kinds of stuff situated at the top middle area in the Miramar Map.

Great chance to find flare gun near it but you need to be fast to pick up all the loots.


Prison is located at the most bottom left corner in the Miramar map. You will find a decent amount of loot stuff in the buildings.

Since it is located at the bottom, less amount of enemies will land near it.

You can easily find a flare gun in the 3 main buildings.

Hope the article was helpful.

Popular posts from this blog 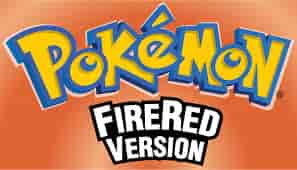 
I had tested all the cheat codes on Visual Boy Advance emulator and all of them were working properly.

All the cheat codes are listed in sorting manner of their increasing number of the hexadecimal number.

I had visited various sites like Supercheats, PokemonCoders, and IGN to find important cheat codes and arrange these codes according to their priority.

Do check out my another blog (ShoutMeBack) related to Gaming with more content.

Note: Activating cheat codes, sometimes causes your game to crash. So, it is mandatory to save the game first before applying any of the cheat codes.

List of all important cheat codes in Pokemon Fire Red:
1) Pokemon Fire Red Cheat For 100 Level Pokemon Encounter:
By using this cheat, you can easily find all the Pokemon of level 100 in the game and easily catch them:

Want to know PUBG Mobile Crew Challenge 2019 Details?. You are at the right place.

In this article, I will explain to you all about PUBG Mobile New Season 7 Crew Challenge.

Read out the complete article.

Did you think you got skills in the game?

Then head into crew challenge to compare yourself with other players.

PUBG Mobile Crew Challenge is a great approach by Tencent company to identify more best players in the game around the world. 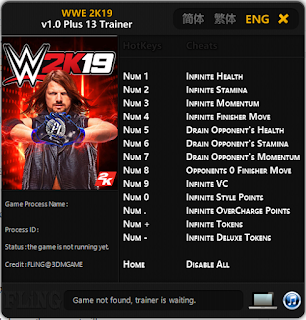 Are you looking for WWE 2K19 Trainer to cheat in the game?. Then your wait is over.


WWE 2K19 PC Trainer is available now with more than 13+ cheats in-built in it.


Also, the WWE 2K19 PC Trainer is available in other languages.


Before downloading the WWE 2K19 Trainer, you must first read which key did you need to press to activate these cheats.


Which keys to press to activate cheat codes in WWE 2K19?


To get Unlimited Health in WWE 2K19, you will have to press 'Numpad 1'. By activating this cheat code, your player will not lose health even if the opponent hits you.


So, be fearless about how much damage the opponent will cause you.